Taking Offense is part of a larger project, “Harm and the Limits of the State,” the first volume of which, Liberalism Undressed, Oxford University Press published in 2012. That book, which began with a grant from Phi Beta Kappa fifty years ago, and which took almost as long to write and rewrite, seeks to answer a question as old as political philosophy itself: When, if ever, ought the state meddle with things that people do, alone and together? What principle justifies government interference with our activities?

Though simple to state, the answer that emerged is complex: The state is justified in acting only to deal with harm, a conclusion tentatively set forth in “The Relativity of Injury,” a 1977 article in Philosophy and Public Affairs. Liberalism Undressed, the longer work, became an extended riff on the Harm Principle, stated most clearly and succinctly by John Stuart Mill in his classic short work On Liberty, originally published in 1859.

The Harm Principle has been dismissed for lacking sufficient clarity or power to do all that many people suppose governments in the modern era ought to do, or sufficient restraints to curb it from doing what it should not. In the 1980s, Joel Feinberg, an influential political theorist at the University of Arizona, devoted a magisterial four-volume work, The Moral Limits of the Criminal Law, to demonstrating the breadth and complexity of the Harm Principle. Feinberg saw the Harm Principle as a guide to shaping criminal law. But the project envisioned by Liberalism Undressed and Taking Offense has a broader agenda and seeks to put the Harm Principle to a larger task: to authorize and limit government in all its manifestations, not just in its declarations on crimes.

The Harm Principle might be decisive in the battle against offensiveness, except for this significant limitation: not everything that people do is harmful to others just because the others don’t like what’s being done. One major class of objectionable but arguably non-harmful behavior is expression or conduct that offends the feelings of those who encounter it. To combat unwanted offense, then, some other principle must be invoked.

In Offense to Others, the second volume of The Moral Limits of the Criminal Law, Feinberg sought to justify a narrow version of an Offense Principle that would permit the government to quash speech or conduct that is “profoundly” offensive. I have come to doubt that this principle works.

More importantly, many years later and in a very different political and social milieu, it has become apparent that the inquiry is no longer an academic exercise but a matter of pressing national concern. The anecdotes portrayed here were once seen as mere oddities. Now they are topics that land on the front page of newspapers and lead national broadcasts. And yet, taken together, they remain largely unanalyzed, and from a variety of perspectives. As a psychological matter, what does it mean to say we are offended? Psychological studies are few. Why do people take offense and why do they give it? What functions are being performed? Are we harmed by some or all of it? How? What can or ought to be done about it? Is there a history to cultures that permit or reject offensive acts? How did this and related phenomena (such as the change in meanings of politically-freighted words, political correctness, removal of names and monuments, cancel culture, and much more) become the subject of a national brouhaha? Is government intervention warranted? Do free speech principles bar government regulation? Are other remedies available?

Now, in the summer of 2022, I’m writing the book. It will seek to make sense of the tangle of events, claims, demands, and outrage that accompany the discussion, whoever is pressing it and to whomever it is addressed. The blog will continue to highlight events that provide grist for the book’s pages. 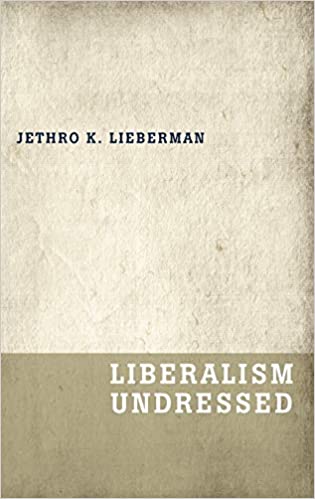 Taking Offense is part of a larger project, “Harm and the Limits of the State,” the first volume of which, Liberalism Undressed, Oxford University Press published in 2012 which is available from Amazon

Reflections on offensiveness as a social phenomenon